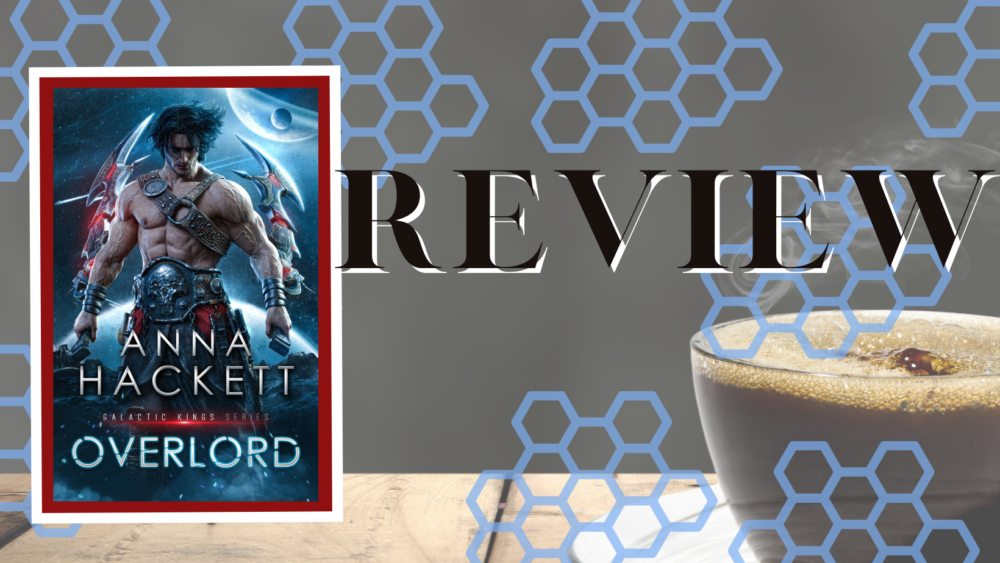 Anna Hackett is one of those authors that I automatically click the moment that I know a new book is coming out.  She has a way with words that makes me never want to stop reading.  This new series is the same way.  I devour her words, and the sci-fi element works really well. We meet Overlord Rhain Zhalto Sarkany and pilot Mallory West in the series opener.  Rhain is in the middle of a fight with the bests that his father has brought onto his planet in an effort to overtake the planet for his own.  Rhain along with his two half-brothers, who are the leaders of their own planets, fight against the forces that their terrible father brings to them.  Mallory and her scientist friend Poppy, take a test flight for a new way of transportation but end up crash landing on Zhalto instead.

What follows is Rhain’s suspicions to see if Mal was brought to his planet as a spy for his father.  IN true Hackett fashion, this woman from earth pulls from the planet and love for the hero to become a true part of the culture and immerse herself into the planet.  Mal is a strong and loyal fighter that will not allow anything to happen to those that she feels an instantaneous connection with all the while, trying to find and save her friend Poppy.  We get little snippets into the brothers planets and how they differ from Zhalto,as well as some possible clues into other relationships that might come out of this series.  If you aren’t sure if you are a fan of sci-fi or alien romance these are a great place to start because they aren’t heavy on either one.  And the aliens in question are basically humans with enhancements.