Bookcase and Coffee is for the lover of Romance, Coffee and the HEA.
Current Drip On the book shelf (TBR List) Orders up promo Reviews 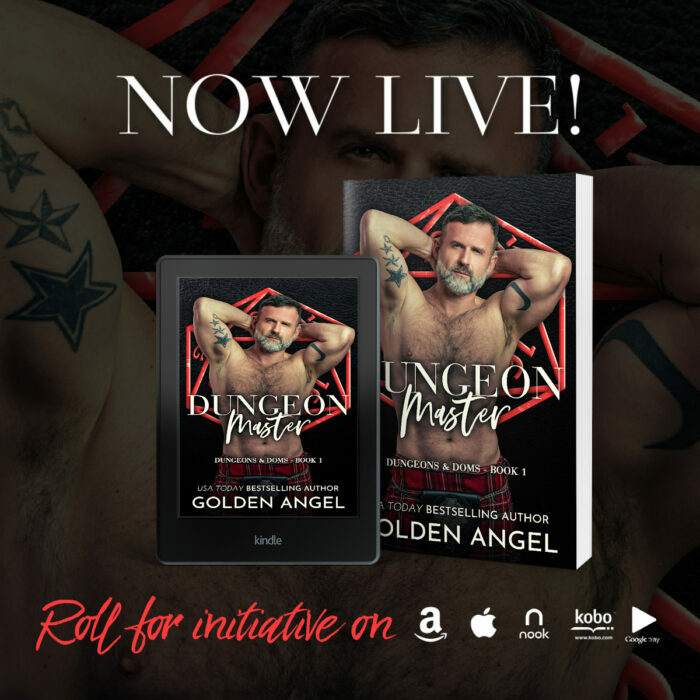 The critical hit of divorce didn’t stop their games. They kept scening together at the club and private parties for years after their split. But this no-strings-attached campaign isn’t enough for Dungeon Master Gavin; he wants more than just a physical relationship with his ex-wife Leah. Unfortunately, he might already be too late. When he shows up to declare his intentions, Leah’s on her way out the door for a date with someone else.

There’s no playbook to help him now, but Gavin isn’t willing to give up. He won her heart once and he’s determined to win that battle again, no matter the odds.

Do you love a second chance at love? How about a silver fox? Then this is the book for you!

I have been looking forward to this book after reading Bondage Buddies, and meeting Gavin in that book.  Gavin and Leah are Mitchell’s parents.  I really liked the perspective of Mitch’s relationship and split, I was anxious to read their story.

Gavin the owner of a nightclub, bar, and sex club has his sights set on Leah.  His ex-wife. The pair had been active in the BDSM community for a long time…while they have amazing sexual chemistry it was other parts of their relationship that ultimately led to its end.  While Gavin and Leah have continued to scene together at the club since their divorce that is where their relationship was left at the club.  After many years apart Gavin realizes that he need to work on somethings and and wants Leah back in his life outside of the club.  Leah on the other hand has realized that she is ready to move on to and start dating.

If you are looking for a steamy book with a couple rekindling their relationship I highly recommend this series. I have yet to find a book by Golden Angel that I wouldn’t recommend!