Bookcase and Coffee is for the lover of Romance, Coffee and the HEA.
On the book shelf (TBR List) promo Reviews 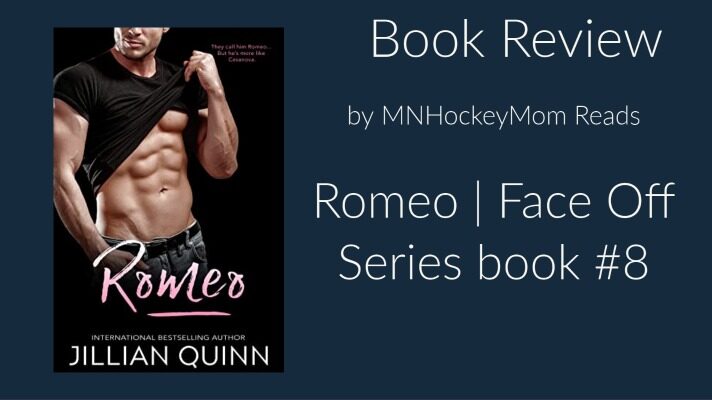 I have long been a fan of Jillian Quinn’s and have fallen in love with several of her hockey players. We have met Romeo in previous books, and fans have been waiting for him to fall in love for a while! Hockey fans, Jillian did not disappoint on this one! I knew it was going to be amazing because marriage of convenience, Vegas weddings are my jam! I love them! And these two have some serious chemistry!!! In Vegas for Romeo’s (Will) sister and best friends bachelor/bachelorette parties. Oh, and Romeo’s sister is Clarke’s best friend. Will and Clarke have a past friends with benefits arrangement….that they both had hoped would be more.
At first Will & Clarke struggle to be near each other, mostly because their chemistry is off the charts their clothes don’t stay on for long. Not that readers mind, because WOW. The steam…it was HOT. So HOT!!! After a crazy drunken night the pair wake up married. Because what else do you do in Vegas but get married! Except his career is on the line and a drunken marriage and annulment would not be good for his image. He BEGS Clarke to try being married to him.
I will be honest, I was not sure how Jillian was going to get Clarke out of her head, get past her hurt and to fall for Will. But man Ms. Quinn delivers. Watching Clarke fall in love all over again with Will and watching Will woo Clarke was so so entertaining! Not that their relationship didn’t have outside forces working against them, but these two stuck together and it was beautiful to read.
I devoured this book in almost one sitting. I ignored my family and just immersed myself in all things Will & Clarke and when it came to the end I wanted more. No, I need more. Seriously, these two make a beautiful pair. I love the chemistry and their banter. 5 stars for the wrap up of this series. As an avid hockey romance reader this series is definitely one to read over and over again!

The Dom Identity by Lexi Blake