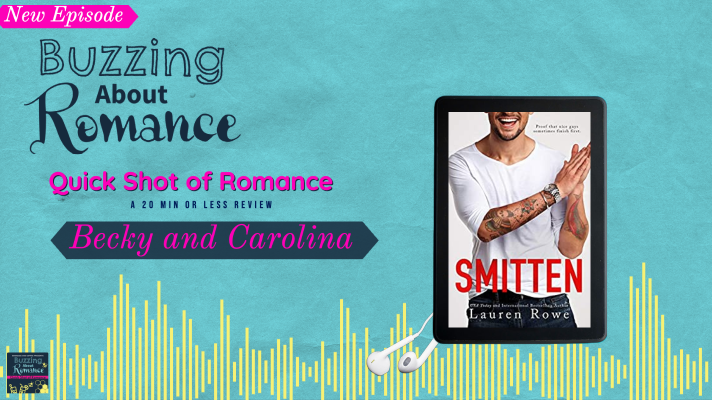 On This episode of a Quick Shot of Romance Becky and Carolina are reviewing Smitten by Lauren Rowe.  This is a standalone Friends to Lovers Romance but Lauren Rowe’s books all take place in the same world.  There is cross over from some of her other books including The Reed Rivers Trilogy and the Morgan Brothers.

I met Alessandra at a party. Tried to impress her. Was almost positive I was going to fail. I think I said something along the lines of, “I’m a Goat called Fish who’s hung like a bull—but not really. I’m actually pretty average.” Smooth. I know. Try not to be jealous.
When she laughed—and I mean, really laughed—I knew she wasn’t like the other girls I’d been meeting on tour. Hell, she wasn’t even in the same stratosphere as those fangirls and gold-diggers. At one point during the party, Alessandra said, “There’s nothing like a girl’s first love.” I knew she was talking about the first smash hit by my band, 22 Goats. Alessandra said it was the first song she’d heard by us and it “hit her like a ton of bricks.” Ironic, seeing as how I was having the same reaction from being in her presence.
I made it my mission to impress her. Give her the kiss of a lifetime that night. But since I’ve always been the dude with zero game, nothing went according to plan. I’m not giving up, though. I’m going to win this girl over. I’m done sitting on the sidelines, watching the bad boy getting the girl. This time, the nice guy will finish first. Even if it’s the last thing he’ll do.
Smitten is a bestselling standalone romance with no prior reading required that’s interconnected with the world of River Records and the Morgan brothers. 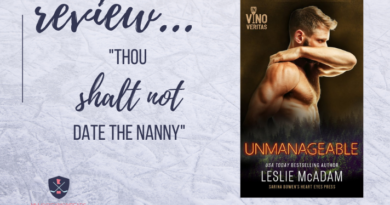 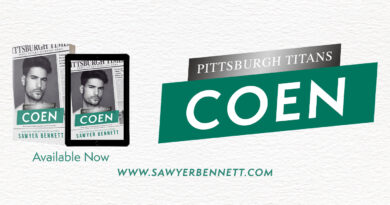 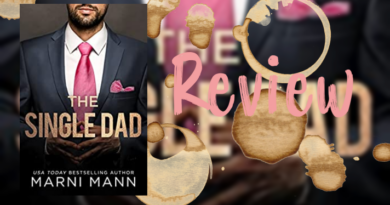