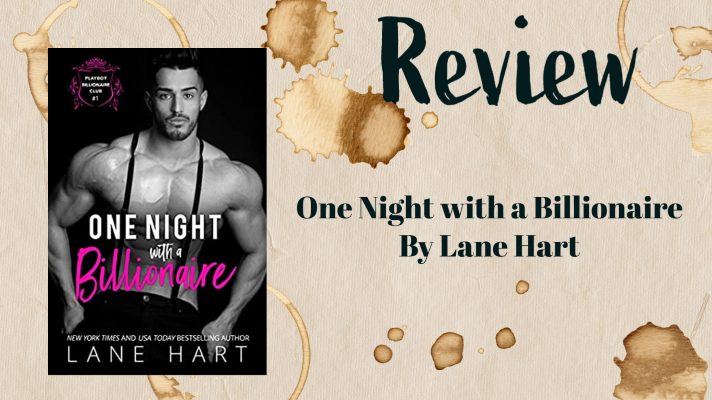 I am so in love with Harrison and Sienna.  This story ended up being so much more than I expected.  This was more than one night.  This was a story of finding your soul mate and that missing piece that makes you whole.

Harrison Avery is a billionaire, but he has worked hard for every dollar he has made.  He works long hours, never wanting to return to the life he grew up in.  Harrison is more than a self-made man; he is a machine with a the sole purpose of being successful. He with the help of his best friends from college have created one of the most popular dating apps out there.  Harrison is running from the poverty that held him back as a child. Raised by a single father that was not kind or good has been the catalyst that drives Harrison.

Sienna is a dreamer living in survivor mode. Sienna was the HEA. She wants to be loved and cherished by a man.  After a terrible date on a dating app that has left her ghosted by the guy she has given up on men. Her plan is to just keep her head down and figure out her next move.  Sienna has been beaten down by life but she isn’t bitter or angry. She seems complacent in her life, which we have all been there.

One week in a sleepy North Carolina beach town in February with his best friends from college leads to more than Harrison ever bargained for.

This was not a typical one-night stand billionaire romance. Instead, this was a story of two people who had more in common that they had different.  I really loved this unique take on the trope. Harrison was such a cerebral character. He knew his limitations and boundaries, he was thoughtful and respect full of Sienna’s.  He pushed but not in an over powering dominate way. He never pushed away Sienna’s feelings. He listened, that might be one of the swooniest things a hero can do.  Not only did he listen but he also respected himself enough to know when he needed to walk away.

I really love this authors take on the billionaire romance and can not wait for the next book in the series. These guys are going to fall so hard and I hope all the heroines are as feisty and strong as Sienna.

I highly recommend this book even if you aren’t sure you love a billionaire romance give this a try. It is fresh take on the story and so well done!

Kiss the Stars by AL Jackson