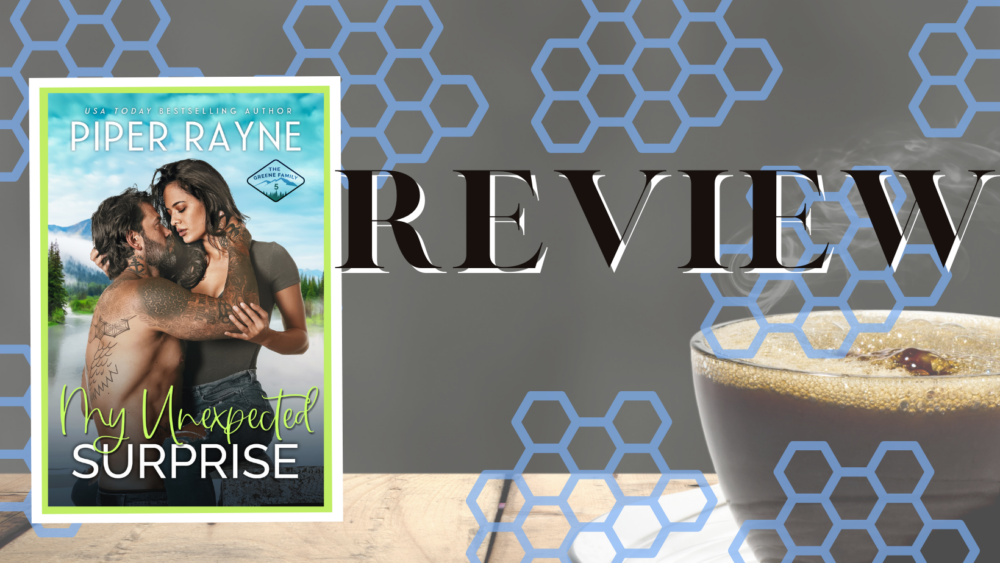 There is something to be said about a guy who is set on being a bachelor for his entire life, but then that ideal is upended when a one-night stand shows up five months later pregnant.  Allie and Fisher were starting a friendship, and Fisher was fairly possessive of her in a way that he didn’t want to examine, and then they had a one-night stand and didn’t speak for five months.  What follows is Fisher becoming a controlling and possessive guy who truly finally sees what is right in front of him.  It takes him some time, and some advice to see the light, but once he makes that deviation from his previous ways of thinking because of old hang-ups from the aftermath of the loss of his mom, he is ALL IN and then some.

One thing I love about this book, is that Allie is a strong and independent woman.  Yes, she has some issues and insecurities but when you hear her backstory, you can understand those ideas.  Also, she is still reeling from the fact that she truly thought she and Fisher were headed toward something a little more than what they had, but he ghosted her after their night together.  Allie makes it clear to him that she is capable of doing this on her own and he either needs to be in or out.  She won’t accept a half measure, and I love the fact that she sticks to her guns in that.  Yes, the fairy tale that she always wanted has imploded because of this surprise pregnancy, but she truly is trying to make the best out of a not so ideal situation.

I loved their story, they didn’t have that their act reconciliation, but rather an even happens that shows how much Fisher has truly come full circle in his beliefs and feelings.  But you know that no matter what it’s going to end up okay, because it is romance and that HEA is a guarantee. One thing about Piper Rayne’s series, is you get tiny little Easter eggs into the next books of the series so if you are paying attention, you know who’s book falls where.  All I know is we are in for a treat in the rest of this series!

Caught Up in You by Claire Hastings