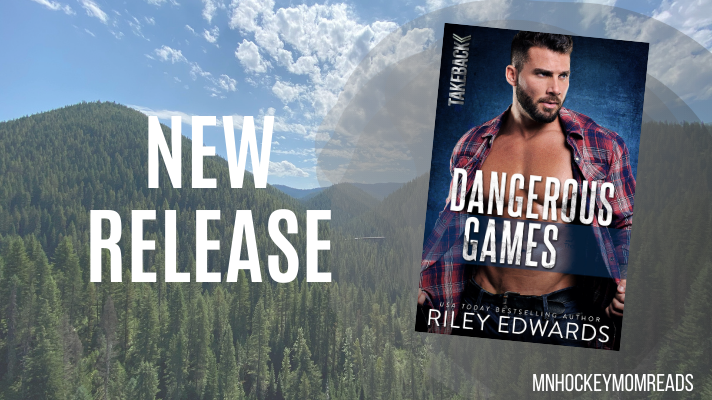 There is something about the Takeback crew that is like no other suspense team out there.  Every single one of the men are amazing, but in their own way.  And the ladies.  They are just stellar.  No wilting flowers in this crew, all strong, resilient women waiting for the man to stand next to them and face the world.  From the very first page of this series I have been a fan.  And Dangerous Games is no different.  Reese and Sadie have been in the background and with their quick wit and banter I knew this book was going to be fiery.

Sadie is a successful independent business woman.  She owns a successful bakery but was taken advantage of and is now paying the price. Sadie is proud and has always done the right thing.  She worked so hard to get to where she is at but doesn’t know when to reach out and ask for help from friends.  Least of all from the hot as sin man that she loves to bicker with!

Reese and Sadie have this intense bickering and bartering thing going, so when Reese overhears just how bad things are for Sadie he steps in.  Except, it doesn’t go as planned.  And as the pair bicker and argue sparks fly.  Reese is a man that is honest and protective to his core, but he has been burned in his past. He doesn’t do relationships, but with Sadie can he?
The push pull of Reese and Sadie was so amazing and very realistic.  Both have pasts that are impacting their ability to move forward.  I loved how Edwards created this dynamic between the two, and the emotions were perfect, they are more mature characters and I think that it showed on the page. There was a lot of communication between the two characters.  I feel like sometimes there is almost a sense of manufactured drama in books, but that is not at all the case here.

The alpha male energy is off the charts in this book, and is not only Reese.  Edwards did a stellar job showing readers how domineering these Takeback men can be when the safety and wellbeing of one of their own is at risk.  While Reese and Sadie were the star of this book, the side characters shined bright.  Wilson and Davis were swoon worthy and I am desperate for them each to find the strong woman that will bring them each to their knees.

If you are a fan of romantic suspense this book is definitely a must read.  Also, clear your calendar because once you start this book you will not want to put it down! I am so looking forward to more of the Takeback series! 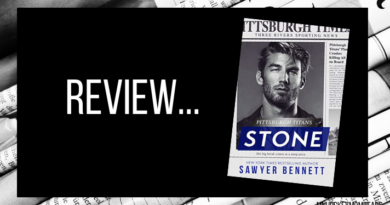 My Kind of Perfect by Tracy Brogan