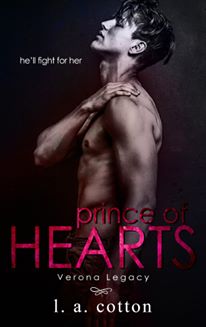 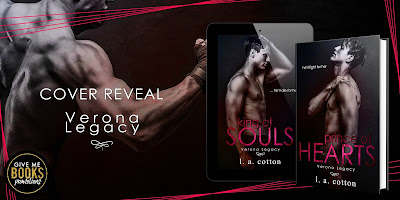 Title: Prince of Hearts
Series: Verona Legacy #1
Author: L.A. Cotton
Genre: New Adult Romance
Cover Photo: Michelle Lancaster
Model: Andy Murray
Release Date: June 2, 2020
Blurb
Arianna Capizola is her father’s daughter.
Humble. Hardworking. Honest.
She’d rather spend her days helping at the local shelter
than brushing shoulders with her vain and entitled classmates.
Niccolò Marchetti is his father’s son.
Dark. Dangerous. Deceitful.
He’d rather spend his days getting bloody in the ring than
attending class and keeping up pretences.
When their paths cross at Montague University neither of
them are willing to drop the walls they’ve spent so long building. But he can’t
resist the girl with stars in her eyes, and she can’t forget the guy who saved
her that night.
There’s only one catch.
Nicco isn’t Arianne’s knight-in-shining armor, he’s the son
of her father’s greatest enemy.
He is the enemy.
And their families are at war.
**Prince of Hearts is the first book in Nicco and Ari’s
duet. Due to mature content that some readers may find distressing, this book
is recommended for readers 18+
ADD TO GOODREADS

Author of over thirty mature young adult and new adult
novels, L A is happiest writing the kind of books she loves to read: addictive
stories full of teenage angst, tension, twists and turns.

Home is a small town in the middle of England where she currently juggles being
a full-time writer with being a mother/referee to two little people. In her
spare time (and when she’s not camped out in front of the laptop) you’ll most
likely find L A immersed in a book, escaping the chaos that is life.

Playing by his Rules out Today!

Lead Me Back out today! 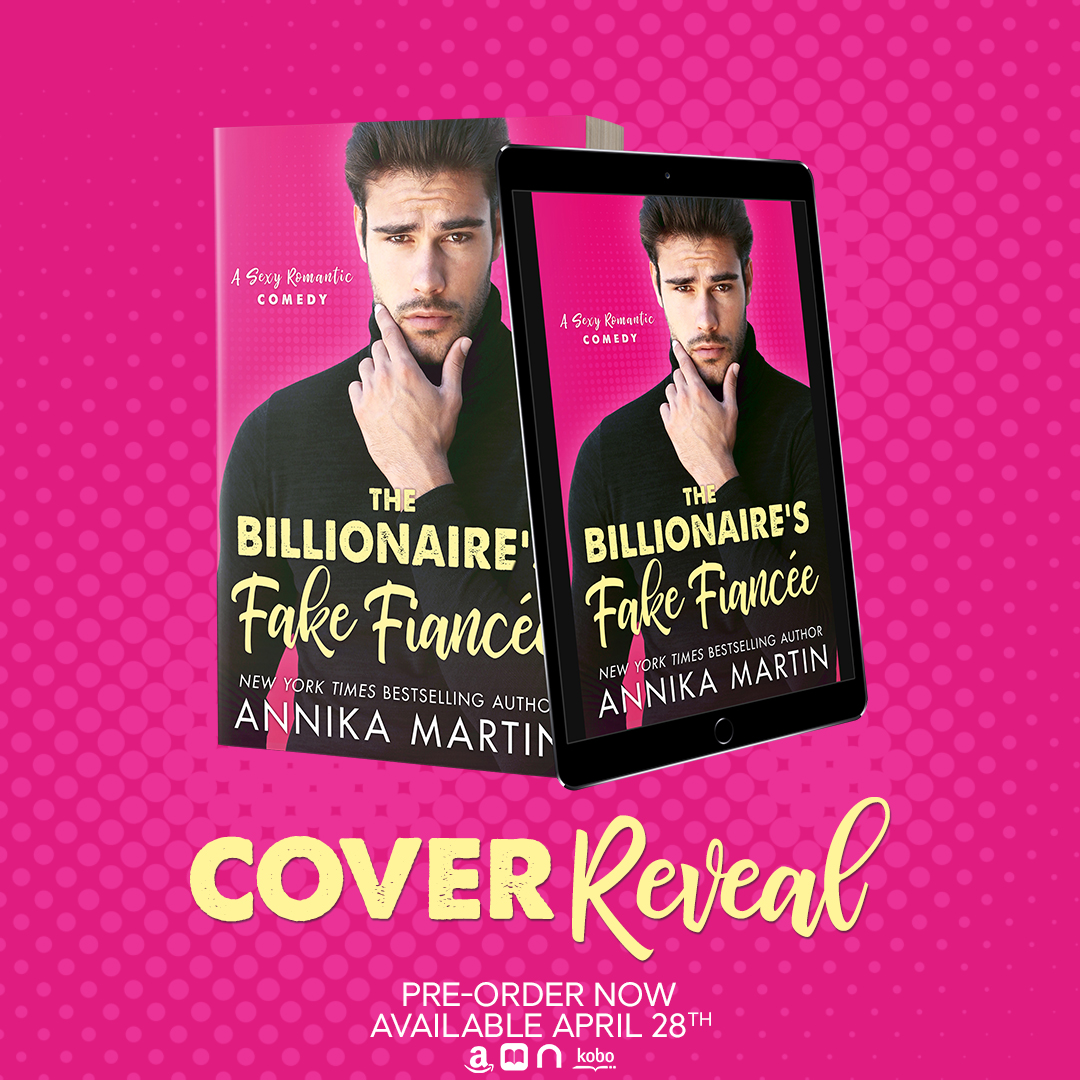