Every adventure and story needs to be accompanied by rich, powerful and arousing brew.
House Drip 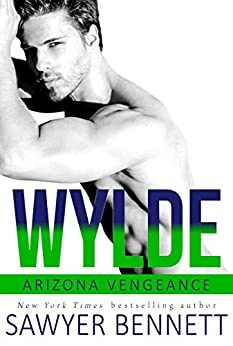 Is there anything sexier than a man who reads?  Not just reads but reads and knows the classic? Within the first chapter Aaron Wylde quotes Cather in the Rye and Pride and Prejudice!  That is some major sexy!

Can the team playboy really fall for the timid bookstore owner Clarke? They say the bigger they are the harder they fall.  Aaron Wydle might be a 50-foot giant because when he meets Clarke he falls as if gravity has like 5 times its normal pull.

Everything about Clarke and Aaron’s love story is just perfect. Their connection is on a whole other level than just physical.  It is as if they are just what the other needs in their life at that moment.  It was fate for Aaron to run by that bookstore and catch a glimpse of Clarke.   Clarke’s trust issues were a very powerful piece in this book. As women we have all been burned by something in our past. For some that burn is powerful and dictates how we move forward in our lives.  Those scars can not always heal themselves.  I wasn’t sure a surface guy that we had seen in previous books could come through for someone like Clarke, but again their connection, it was if the strongest magnets in the world pulled them to each other.

The Arizona Vengeance book are enchanting.  The storytelling in this series astounding.  I have loved every one of them.  I absolutely have my favorites and I am pretty sure that Wilder might have knocked Tacker down to second place.  This wasn’t a typical reformed Playboy where the heroine had to mold him into the guy she wanted, instead the power of their attraction and affection for each other is what had Aaron Wydle changing his ways.  This book spoke to my love of love.  This book is a great example as to why romance novels are special.  This was a 5/5 read for me.