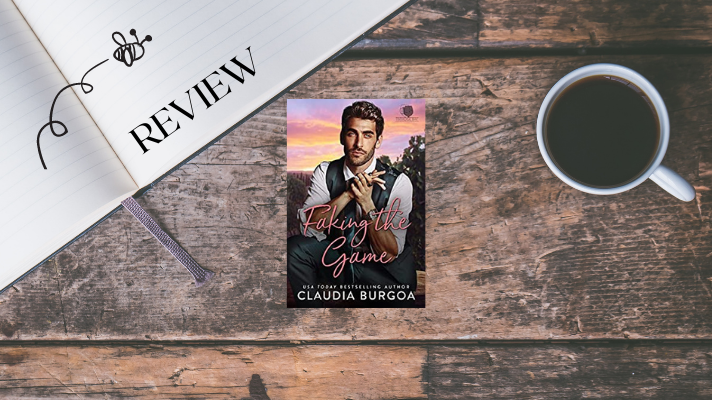 Claudia Burgoa introduces us to a different branch of the Spearman family tree in Faking the Game. Aslan Spearman, along with his triplet brothers Gatsby and Lysander, is the oldest of this clan of eight siblings. Their father died suddenly when they were in college and they quickly rearranged their lives to take care of the family. Aslan also discovered his fiancé cheating during this time. Since then he has felt like his mother has been pressuring him to have a relationship. So, for the past year he has lied about his dating life. Now with the Spearman family reunion in Hawaii a few weeks away he would rather find a way to continue the charade than confront his mom. Enter Keaton Nealy VP of Operations for Spearman LP and Aslan’s most trusted employee.

Keaton’s life is going less than ideal, similarly family tragedy brought her back home. She has found herself as a pseudo mom for her eighteen year old sister while trying to climb out of the mountain of debt their mother has incurred. When her circumstances can no longer be ignored, Aslan steps in to save the day. To return the favor Keaton agrees to faking a relationship with Aslan. Quickly, Aslan realizes that this could grow into something more meaningful while Keaton is determined to keep things platonic.

I thought this was going to be the standard fake relationship trope, which I am a fan of, but it ended up having a little extra. I liked that Keaton’s situation was dealt with upfront and not the stumbling block for the couple. Once, Aslan got his head in the game he was all in for Keaton. He is so sweet and caring in his process to woo her. But when things went off his predetermined plan, he reacted in an almost uncharacteristic way. I did not mind it though because we all can act in unfavorable ways when we feel our future is threatened. As always, one of my favorite things in Claudia’s book are the little Easter eggs for readers. Jack and Emmeline Spearman got a few pages in Hawaii and it made me happy. They were one of the first couples I read from Claudia and a favorite. I am interested to see what is in store for the rest of this Spearman family and where else they might pop up. 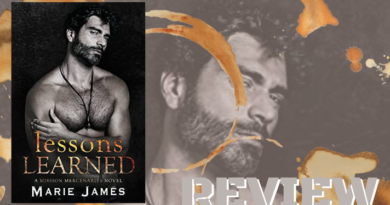 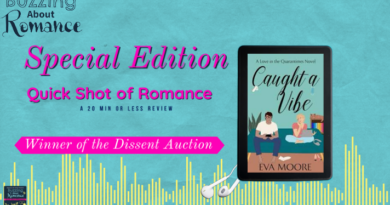