I truly do love the Bergman Family.  I have my favorites for sure.  I was very excited for Oliver’s story. He deserves the big soul grabbing love.

Oliver lacks depth in this story. He comes off as shallow and fake and it was very much not my feelings for Oliver in the previous books.  One of my biggest issues is that fact the Oliver is basically non communitive with his family.  It very much paints Oliver as incredibly immature and frustrating.

Gavin is a character I am not sure what to do with. He is a grumpy character and I loved that typically. He stayed to true to his grumpiness even when he was happy. I do not thing we got enough of his backstory and who he is.  I also struggled with Gavin and his aliments and his status with the team.  Chronic pain from injuries was written here but I just don’t know how he still had placement on the team given the amount of pain he was in.

I struggled believing either of these guys are professional athletes what with the excessive amount of time off. The lack of team comradery really made the pro athlete part of the story hard to digest. I am not a sports or soccer expected but I just expected more.

Let’s talk Bergman’s.  I really do love them but in this book they were a bit overwhelming. I love the family dynamic but at times I felt it over shadowed Gavin and Oliver.   Because of how many there are and how much time they are given to the story you never get a true grasp on Gavin and Oliver’s relationship or their connection to the coaches and teammates.

There was great LGBTQ+ Rep in this book.  Oliver was bi-sexual and Gavin is gay.

Something I have noticed that the author does a lot is make mention to tons of Pop Culture references in the books. This book it was Hamilton and previously it was Harry Potter in Book two. I am over it. I truly wish that authors would not use pop culture references.  It truly ages the book also if those are things you do not like you are going almost immediately shut down.  I also feel like instead of the author’s maturing and finding their rhythm as they write their voice ahs become more contrived and immature.  This story seems to lack the flushed out characters and storylines of the previous books. I also feel like the authors is trying to write to a very narrow audience and that is just not me.  I will recommend book 1-3 of this series always but I have concluded moving forward these stories are no longer for me.

Review: Different with You by E.H. Lyon

Crossing the Line by Janice Whiteaker 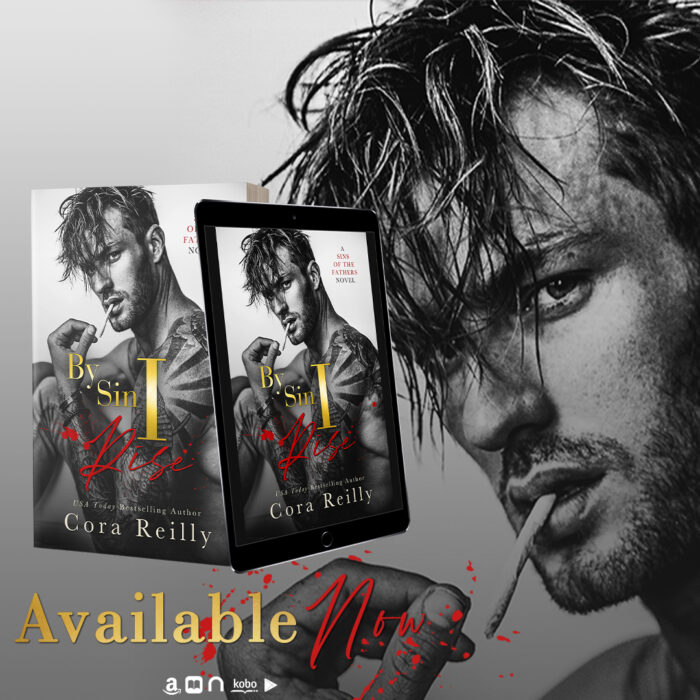 By Sin I Rise | Cora Reilly