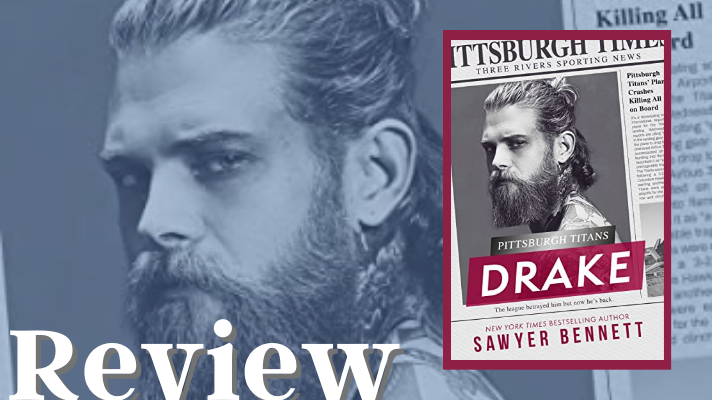 When you read this book, you will either love or hate Drake McGinn. He is a lot to handle and an asshole most of the time. However, that is one of the things that draws me to him. He is unapologetic about his attitude and demeanor. He lives for his kids, and protects them above all else. His ex wife is a piece of work that has left him jaded on the idea of relationships and woman in general. He is also angry at the league because of what happened when his wife turned on him.

Brienne Norcross inherited the Titans when her brother was killed in the airplane crash with everyone on board. She is a strong woman who is grieving but doesn’t allow that to keep her from being in charge of her life. She is a woman who owns her sexuality, knows her worth, and also doesn’t allow men like Drake to walk all over her.

The connection between these two is electric from the moment that they met in Baden’s book and we don’t see Drake again until this book when Brienne tries to bring Drake back into the hockey fold. He makes the decision to return, and during this he and Brienne start up a relationship even knowing that it might not be the best idea. However, neither one was expecting it to take the direction that it does. There are a lot more feelings and emotions that get involved that neither was expecting. That is until Drake’s ugly past rears its head and Drake falters. I wills ay that the way in which Brienne deals is perfect. Again, she knows her worth, she knows that she shouldn’t settle and she refused to cower to anyone. But have no fear, Drake shows his hand and his moment to show her just how dumb he was is done in a BIG way.

This series just keeps getting better and better. I listened to the audio book, and Aiden Snow and Maxine Mitchell are the perfect blend of narrators for this story. They bring Drake and Brienne to life in a perfect mix that id didn’t want to end.

Shot Across the Bow by Julie Ann Walker 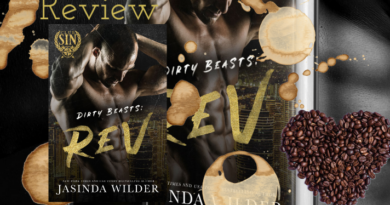 A De-café review of Dirty Secret by Mira Lyn Kelly