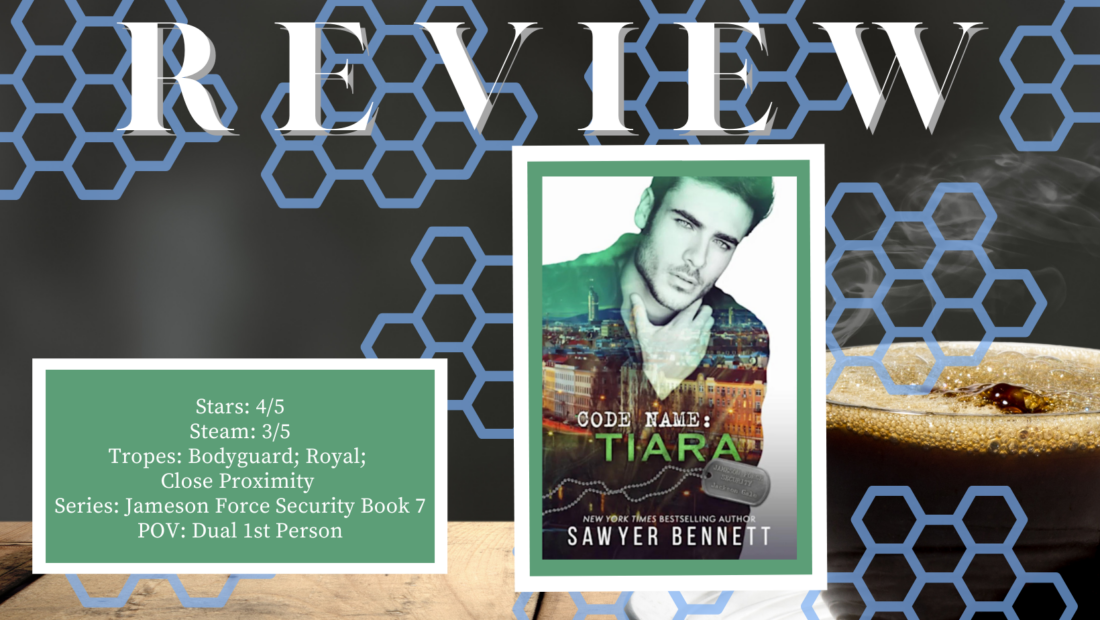 There is something to say about a preconceived idea of who someone is. That is how Code Name: Tiara opens up, with Jackson Gale thinking he knows exactly what Princess Camille Winterbourne is like. However, he could not be more wrong. Camille is a strong and independent woman who longs for certain things, but is bound by duty to a country that she loves to serve. She feels held back in some ways because of her royal status, but she doesn’t allow it to define her. She is a princess in name, but at her core, she is a daughter who loves her country and wants to do the very best for them in all ways. Jackson is somewhat jaded in the sense that he allows his father’s opinions to skew his views on certain ideas and actions. While he chose the career he did, he still feels as though he is a disappointment and it allows his thoughts to be biased with those.

These two have an intense connection from the moment that they met, but there are so many things that work against them. Until they both decide that they are not going to allow any of those things to make choices for them. They will do what they need to do, and what they are willing to do. This leads to happy but it also leads to some heartbreak. I love all things suspense and this series gives you that, and while this book isn’t suspense heavy, there is enough that you don’t feel slighted. Sawyer Bennett can do no wrong, and while I am newer to her writing I have loved everything that she has written.

One Perfect Touch by Layla Hagen