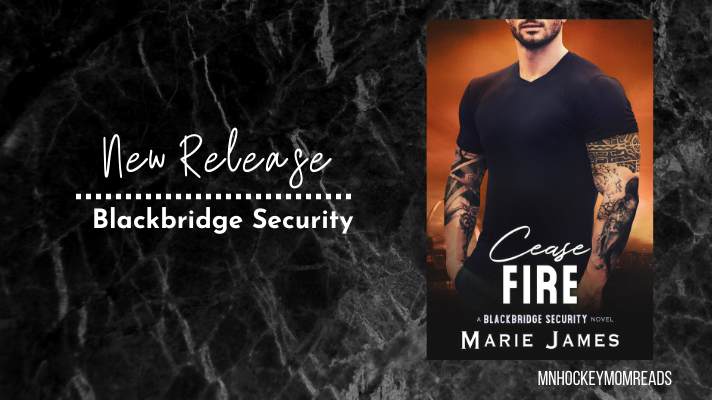 Marie James is a master at creating a love hate relationship with readers and the protagonist. She left us with our eyes popping out of our head in Controlled Burn and I could not wait to read Kit’s book.  I started it as soon as it hit my Kindle and was sooo excited!  And friends, it started off with a bang!!!  I won’t lie there were several times that I wanted to put the book down because I was on the STRUGGLE bus with Jules.  But I was not going to put it down until I knew how Kit & Jules got their HEA.

Jules is Kit’s older sister’s best friend, and they are connected at the hip.  And Kit, well he has pined for Jules since he was in high school. But his sister implemented a rule that Jules could not date any of her brothers.   The pair had a missed connection when Jules was going through a difficult time and Kit has attempted to keep his distance.  But there is an underlying connection that the pair share.  They are drawn to each other.

As I mentioned before I REALLY struggled with Jules.  She is incredibly selfish and does some very hurtful things to get her way.  I truly don’t know what is about her that kept Kit longing for a relationship with her. She has a very close relationship with Kit’s family, especially his sister.  They adore Jules.  They truly are the only family she has, and she is so afraid of losing them.  Jules is desperate for love and acceptance and it cripples her to think of losing it.

Kit is head over heels in love with Jules and has been for a while.  His whole family knows it, and they relentlessly give him grief about it.  Kit is just an all around good guy, but he has some serious blinders on where Jules is concerned.  He sees the guys around him falling in love, but has sort of resigned himself that he and Jules will never have that.  When Jules & Kit come together for a hot weekend of fun at his sister’s wedding their chemistry nearly melted my Kindle.  Friends, this is STEAMY.  And man oh man Kit.  Just WOW.  So steamy….

While I struggled with Jules A LOT.  I still really liked this book.  Kit made this book so awesome.  He is so very mature, kind, and totally understands Jules in a way that everyone deserves to be understood.  I enjoyed the role that our favorite Blackbridge Security team plays in this book, especially Wren.  He is probably my favorite character in the series and he is so darn great in this book, too.  Also, Brooks.  Man, oh man I love the role that he plays in this book….and James does an amazing job of teasing us with him and his storyline too!  If you love some angst, friends to lovers, and a fun friend group this is the book for you! 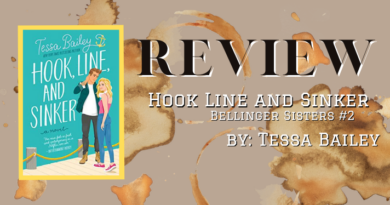 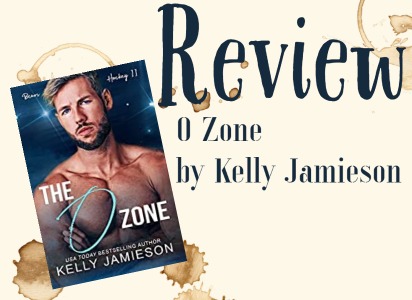 The O Zone by Kelly Jamieson