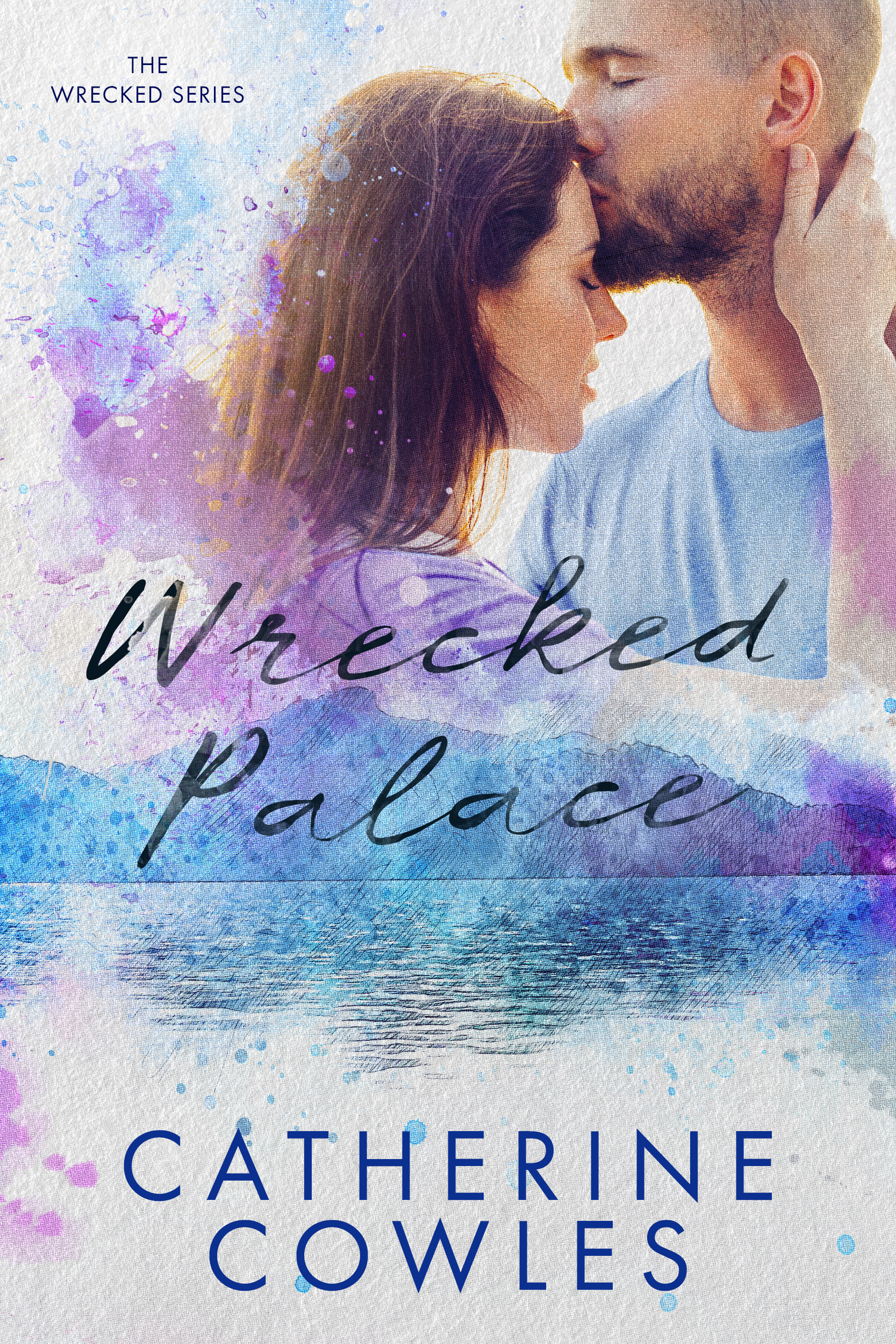 One night was all it took for everything to change.
From college student to guardian in a single breath.
My siblings became my world.

No time for date nights or romantic dreams.
I traded quiet weekends for sleepless nights.
Giving my all to make sure they were cared for.

But Griffin had a brokenness that called to me—one that mirrored my own.
Gruff and just a little bit reckless.
He was the last thing I needed. But everything I wanted.

Only someone isn’t happy about this new life I’m building.
Deciding to set fire to everything I hold close.
And when the smoke clears, there might be only ashes left behind…

I climbed out of my truck in the parking lot of The General Store. Why was it that I always ended up here? There was just something about the brown-haired beauty who worked at the kitchen inside. Normally, people who shined with that life-is-beautiful kind of positivity made me want to punch something. But with Caelyn, I was fascinated.

I started towards the store when a man called my name. I stiffened and turned, expecting to see a stranger, maybe one of the reporters still holding out hope that I’d share my story with the world. The set of my shoulders eased a bit when I saw that it was Ford Hardy, owner of The Catch Bar & Grill. I said nothing but waited for the man to make his approach. He wasn’t a stranger exactly, but I had no desire for idle chitchat.

“I’ve been hoping to run into you,” he greeted.

Ford chuckled. “Not too talkative, are you?”

Ford’s expression grew serious. “I just wanted to thank you for your help a few months back.”

“I didn’t do anything anyone else wouldn’t do.” Ford had been attacked by someone sick in the head. He’d been jumped from behind and knocked unconscious. I’d just come along at the right time.

“Either way, thank you.” He held out a hand, and I took it for a shake. “Come into the bar sometime. I’ll treat you to a beer and a meal. It’s the least I can do.”

I fought the wince that wanted to surface. The last thing I wanted was to sit around at the island watering hole. People whispered, thinking they were being discreet when they were anything but. Even worse, they sometimes thought it was completely acceptable to approach and ask me a million intrusive questions. “I’ll try and come by.”

Ford grinned. “I’m taking that as a fat chance in hell.”

My lips twitched. “You’re not a stupid man.”

“Thank God for that. Well, if I can ever do anything to repay you, just let me know. My brother’s a contractor. We could give you a couple of days on that house of yours if you’d like.”

My jaw tightened. “I’m good. But thanks for the offer.”

Ford nodded and gave me a wave before heading back towards The Catch. “There’s no expiration date on that.”

I wouldn’t take Ford up on his offer of help unless I got desperate. I needed to do this on my own. I started towards the store. Pulling the creaking screen door open, I walked inside. It was still a bit early, but when 4:00 a.m. was your usual wakeup call, 4:30 p.m. was just about perfect for dinner. Plus, I could avoid the after-work crowd.

I made my way towards the kitchen at the far end of the grocery but stopped in my tracks when I heard Caelyn’s voice.

“Is there any way you could give me more hours? Or more of the bookkeeping to do?”

Mr. Walters, the owner of the store, chuckled. “You’re doing it all already, deary. I barely show up here anymore.”

“Well, do you know of anyone else who might be looking for some help for things I could do from home?” she pressed.

“Are the two jobs you have not enough? You’re gonna work yourself to the bone. And you need to be home for those kids.”

“I know.” Caelyn’s voice seemed to deflate on the words. “But Mia got accepted into this gymnastics program, and it costs an arm and a leg.”

Walters’ voice gentled. “I’d be happy to loan you the fees—”

“No,” Caelyn cut Mr. Walters off. “You’ve done more than enough for us.”

A foreign feeling invaded my chest. A twisting sensation that burned. I’d heard the talk around the island that Caelyn had taken in her three younger siblings after their parents had been involved in some sort of drug bust. I couldn’t imagine taking all that on when she must’ve been barely more than a child herself.

I cleared my throat, stepping around the end of the aisle. Caelyn looked up, the frown marring her gorgeous face quickly turning into a bright smile. “Griffin. It’s good to see you. Have you finally given in to trying one of my salads?”

I gave my head a shake. “I think I’ll stick with the sandwich.”

I didn’t try to fight the twisting of my face. “No, thank you.”

Walters chuckled. “Maybe another day. All right, I’m off.” He turned to Caelyn. “You let me know if you change your mind.”

Caelyn reached up on her tiptoes, pressing her lips to the old man’s cheek. “Thank you.”

Walters headed out of the store, and just Caelyn and I were left. I slid onto a stool at the counter. It was rare that I waited here for my food, but I couldn’t seem to resist the temptation today. I had this undeniable urge to make sure she was okay.

“So, what’ll it be? Some version of meat and cheese?”

I almost chuckled. Almost. “Sounds good to me. But I know you’ll sneak some vegetables on there somehow.”

“Gotta keep you from getting scurvy.”

I almost choked. “I thought that was from not enough vitamin C. I drink my orange juice.”

Caelyn shook her head and started pulling things out of a fridge below the counter. “There’s vitamin C in vegetables, too. And lots of other nutritious things you need.”

“Good thing I come in here a few times a week then.”

An idea was forming in the back of my mind. One that just might be the answer to helping Caelyn out of her predicament and giving me some nice benefits, as well.

The screen door banged open. “Cae Cae!” a young girl’s voice called out. Soon, there was a flash of movement past me.

Caelyn stepped around the counter and lifted the little girl into her arms as she hurled herself at Caelyn. “How was your day?”

“So good. I taught cartwheels at recess, and you left me my favorite cookie in my lunch.”

Caelyn laughed. “Sounds like a good day to me. Where are the rest of the tiny terrors?”

The little girl beamed up at Caelyn. “They’re coming, but they were being too slow, so I ran when I got to the parking lot.” Her gaze caught on me. “Whoa. Are you a giant?”

I wanted to laugh but seeing the easy affection between the girl and Caelyn stole my ability to speak.

“Mia, this is Mr. Griffin. Griffin, this is my little sister, Mia.”

The girl looked so much like Beth had at that age, I struggled to find words. “It’s nice to meet you, Mia.” My voice came out rougher than before, and I tried to force my lips into a smile, but the action felt foreign.

I turned to see a boy who looked to be about sixteen or seventeen. As soon as he caught sight of me, wariness filled his features. He quickly crossed to his sisters, tugging another girl behind him. “Who’s this?”

Caelyn pressed her lips together as if holding back a laugh. “This is Mr. Griffin. Griffin, this is Will and Ava, my other two siblings. I hope you don’t mind, but they usually hang with me for thirty minutes before Molly takes over. Kids, you can go hang out in the office while I get Mr. Griffin’s sandwich ready.”

“I wanna stay with you and help,” Mia whined.

“I’ll go into the office,” Ava offered. She had taken a step behind her brother as if hiding from me.

“They can stay.” The words were out before I could stop them. Awkward and a little gruff, but Mia beamed.

“See, Mr. Griffin wants me to help make his sandwich.”

Caelyn shook her head. “Well, if that’s the case, we better wash our hands.”

Ava headed for the back office while Will took a seat next to me at the counter, eyeing me carefully. Caelyn helped Mia up onto a little stool by the sink, and they washed their hands, Mia singing some sort of song that counted off the seconds.

“All clean,” she called. “No germies can last to thirty.”

I couldn’t hold in my chuckle this time. “I guess they can’t.”

“I never thought I’d see the day,” Caelyn started, putting a hand over her heart. “I do believe you laughed, Griffin Lockwood. Who knew all it took was a seven-year-old singing about germs?”

About Catherine
Writer of words. Drinker of Diet Cokes. Lover of all things cute and furry, especially her dog. Catherine has had her nose in a book since the time she could read and finally decided to write down some of her own stories. When she’s not writing she can be found exploring her home state of Oregon, listening to true crime podcasts, or searching for her next book boyfriend. 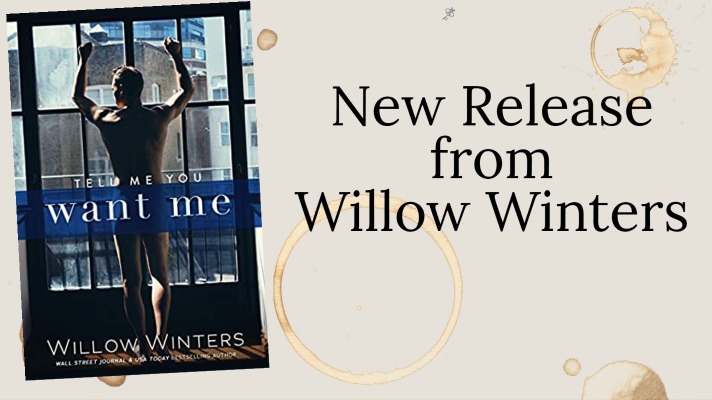 Tell Me You Want Me By Willow Winters 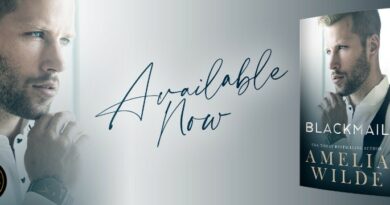