The Rule Maker by Gina Azzi 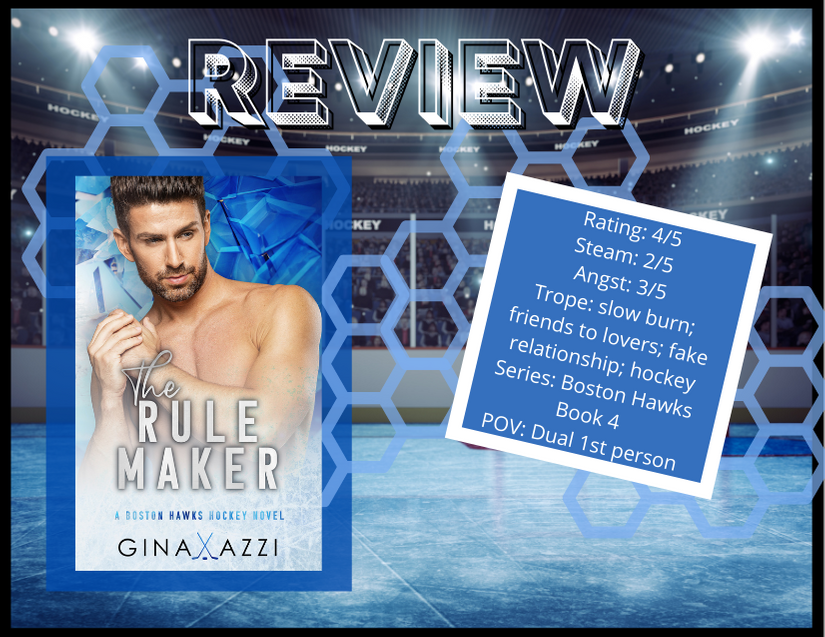 Gina Azzi continues to give us wonderful characters who you can’t help but get lost in their story. Chloe and Austin were childhood friends that lost touch as they got older and reconnect after Chloe’s personal life sort of implodes. When they reconnect, Austin realized how much he has truly missed Chloe without even realizing it. There are moments that you want to smack them both because they are closed off in some ways, but hug them both because of the things they have been through. Austin has an aversion to real and lasting relationships outside of his family because of events that happened in college and he is holding onto the guilt from the after math of decision that he had made. That event was the catalyst for a change in the way Austin treated certain aspects of his life. Chloe had her life planned out until she caught her fiancé and one of her best friends in bed together and it changed everything. She was stuck in a relationship that wasn’t fulfilling and created self-doubts and hang-ups that she isn’t aware of. There are so many sweet moments in this story, and the moment that breaks down the sweet you understand why it happens but at the same time you just want to scream at them to TALK TO EACH OTHER. They both needed to just open up a little, but at the same time, you get it. You get these two people who are perfect puzzle pieces but need to work through their issues on their own and they do it and do it big.