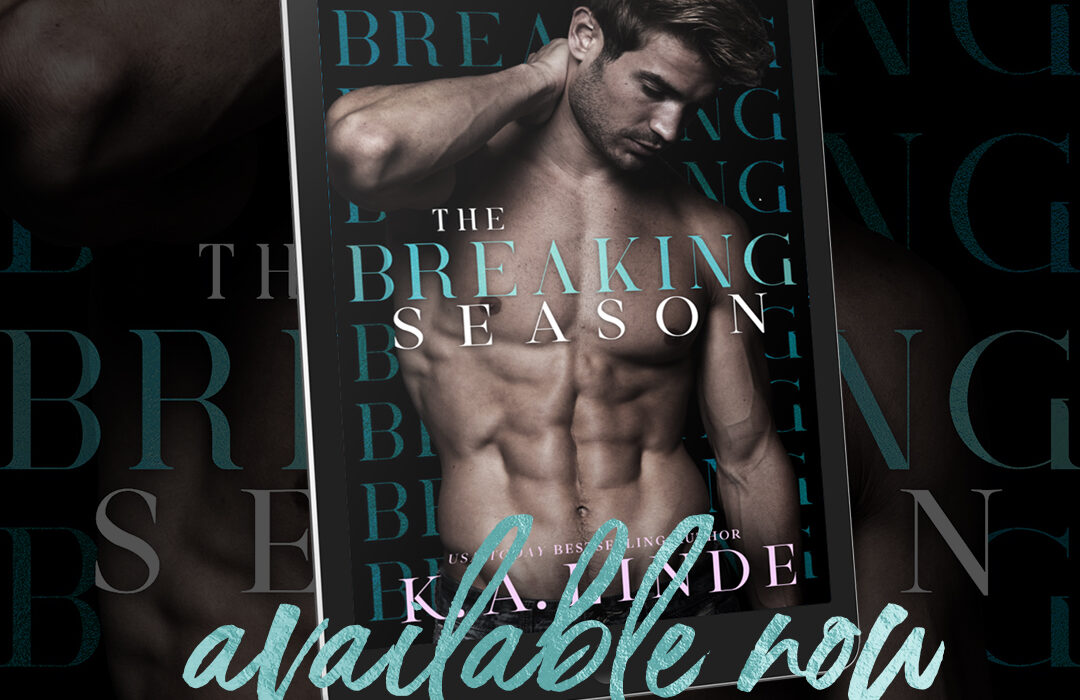 Camden Percy and Katherine Van Pelt characters who have intrigued me for their relationship since the Cruel trilogy. And I need to know the why and the how of them.

Camden and Katherine have an arranged marriage and a very antagonistic relationship. If you have read any of the other offerings from K.A. Linde from time to time we have seen glimpse of Camden and Katherine’s relationship. It was never clear why these two continued to stay together or that they even had affection for each other.  In their story we do learn that both have traumas from their past and make them act as they do to protect themselves.

Camden is a character with a lot of questions about him.  He act like a grown Frat Boy in most of our exposure to him.  Breaking Season gives us the chance to see in to he really is.  We quickly learn the actions and behaviors can be deceiving. We see Camden’s protective side, vulnerability and how passionate he really is.

Katherine is a character you hate from the first meeting. She doesn’t really endear herself to the reader with her behaviors and the way she treats people.  Why I think she is a hard person to love over the course of the other books when you see glimpses of her nice side you do become attached to her. Her story now actually helps validate that attachment and realize the depth of a character she is.  Katherine’s life has not been as easy as we would assume especially being a child of the Upper East Side of NYC elite. Katherine has traumas from the past, is fragile and only wanted to be loved. These two characters just worked together. They truly need each other

I love the worlds K.A. Linde creates from the Wright Brothers of Texas to the Crew of the Upper East Side of NYC.  Linde is always yes from me.  I like her angst in her stories.  None of her characters are absolute or perfect.  They all have dents in their armor.  I did want more “couple” time with Camden and Katherine.  I think we missed out on some of their passion. But over all I highly recommend the Breaking Season. This was a 5/5 read for me.