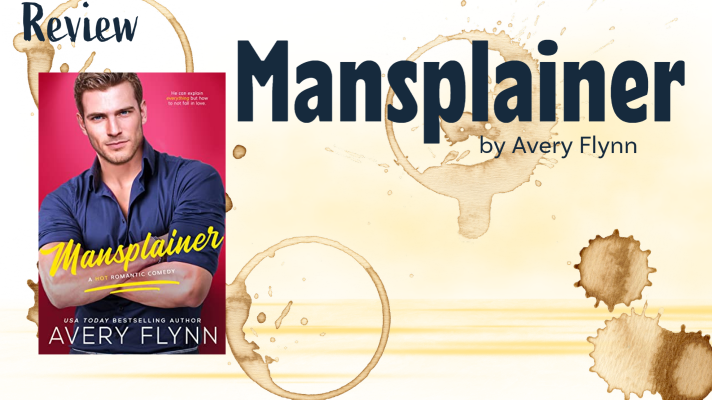 Mansplainer is the third book in the crazy Last Man Standing Series from Avery Flynn.

Nash Beckett is literally The Last Man Standing but based on the rules of the competition he created he cannot win by default. Lucky for us… Nash has a plan! Just like Dix and Griff, Nash must go on six dates and not fall in love. He refuses to be like the other two whose attempts flopped when they met the loves of their lives.

Nash thinks his plan is fool proof and that with some help from his mom.  A chance encounter she had with forty-two-year-old Chelle Finch and that plan is simple: marry Chelle, save her charity from her evil uncle’s clutches, get his six dates and win the bet.- Easy Peasy… maybe

Nash is a typical older brother.  He is a wiseacre who knows better than anyone on any given subject.  He is a problem solver a good guy who just wants to help.  Family is everything to him and he will do whatever it takes to keep them all together. Nash is s very likeable character. He is sweet and caring while being super sexy!   He just at times is too much and even on page is a bit overwhelming in his helpfulness.

Chelle has closed her self off from other but with good reason.  She has been talked down to and treated poorly by the men in her life.  Chelle is incredibly stubborn to her own detriment and all the way to the very end.  Chelle was witty, tense, and quirky, but  was a perfect balance for Nash. But I was not of fan of some of her choices and her decision to be less than honest.

My one piece that really bugged me in this book was the way in which Chelle was described.  I am very hard on a curvy heroine because I very much want the rep to be done well. This was not.  Chelle viewed herself in a very negative light.  She was described as having fat rolls, pillowy boobs, thick thighs, and many other derogatory descriptions. I really hated them all.  It made difficult for me to continue on with the book.

If you are going to write a plus size heroine why does it have to have negative descriptions? Why can’t we embrace the curves and the beauty of everybody.   I get it can be a device to help move the story and create angst but being fat is not a personality trait.  Being fat does not mean that is all there is to a person. I just wish Chelle was loved as she was. I wish it has been more embraced.

Outside of this one issues I really did like this story. I loved Nash as the good guy. This series was so fun and just want I want in a rom-com.  The emotions of this story and the bit of the twist with the package from Grandma Beckett was unexpected and bittersweet. 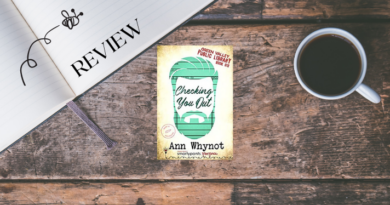 Review: Checking You Out by Ann Whynot

The Change Up by Meghan Quinn