Review: Lie for a Lie by Helena Hunting 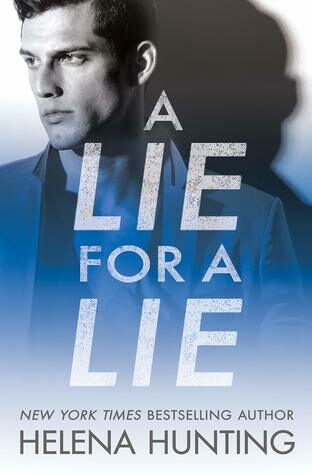 Lainey is 25 years old and getting her Master’s Degree. Rook (R.J) is a professional hockey player in the NHL. They have a “meet cute” on an airplane to Alaska. Lainey doesn’t recognize him, and Rook likes it that way. They have a few short weeks together in Alaska, before he had to leave quickly for a family emergency. Fast forward to a year later, they meet again in Chicago.

I enjoyed Rook and Lainey’s story, though I found it a little predictable. The story was good, but I can’t say it will be memorable to me or something I will want to reread again. It was a good escape for a couple hours.  The main tropes of the book are 2 of my favorites, secret baby and a hockey romance.  I am a huge fan of secret Baby if done well, this one just lacked a credible character response for me.  I also felt like the heroine was one big contradiction. I just had a hard time grasping who she was. Her back and forth with Rook felt very forces and almost like a mimic. None of it felt like a genuine attraction or response.

I enjoyed the characters. All the pieces were cool and interesting, but sometimes they didn’t fit the puzzle. I do think it was a good transition story to put some of our favorites in Seattle together giving birth to the possibility of more hockey greatness from Helena.   A Lie for a Lie wasn’t a totally disappointment overall, it was an ok read.