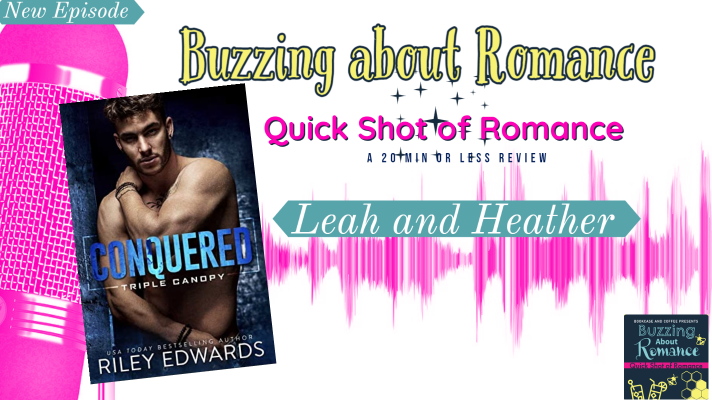 On This episode of a Quick Shot of Romance Leah and Heather review Conquered by Riley Edwards. This is book #6 in Triple Canopy Series

Dylan Welsh was the last man standing…until Sawyer Glasgow brought him to his knees.

Dylan wasn’t ready for Sawyer. He wasn’t ready to confront the truth of his past. He wasn’t ready to admit he’s fallen in love with the sweet, sexy woman who captivated him from the moment he saw her. He’s especially not prepared to face the hurt he’s caused Sawyer. But to keep her, he must do all three. She’s the right woman who came along at the wrong time, and after a night he can’t remember, Dylan will stop at nothing to regain her trust. Not easy when Sawyer’s family has betrayed her trust time and again.

Sawyer thought she’d finally landed the man of her dreams. She thought the night she’d spent with Dylan was the start of something special. Until Dylan says the wrong thing at the wrong time and Sawyer retreats back into her private world, convinced that what her family has always said about her is true—she doesn’t deserve love.

Can Dylan open up to Sawyer about his past? Can she confide in him about her present? As Sawyer and Dylan fight to find their way to a future together, a deadly vendetta against a Triple Canopy client grows. When Sawyer gets caught up in the danger, it’s a race to save her before their dreams go up in flames. 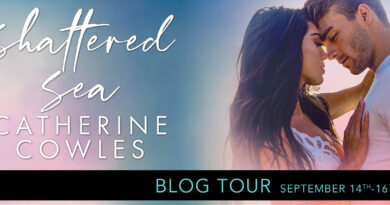 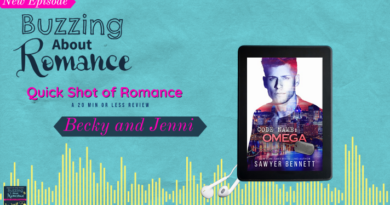 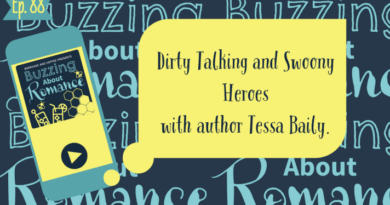