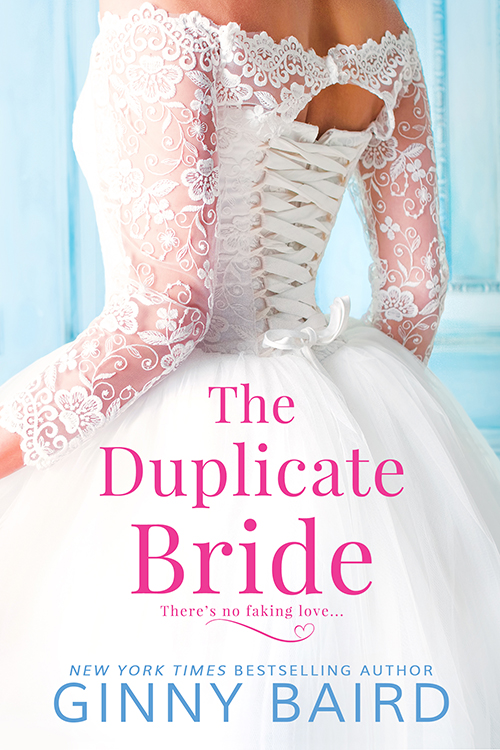 Today we have the release day blitz for Ginny Baird’s THE DUPLICATE BRIDE! Check it out and be sure to order yours today! About The Duplicate Bride:

Saying “I do” has never been this much fun in this charming new romance from New York Times bestselling author Ginny Baird.

Hope Webb can’t believe her twin sister, Jackie, is begging her to swap places and play fiancée at Jackie’s pre-wedding festivities. Sure, it’s only a business-deal sort of marriage, but Hope is a carb-loving teacher who enjoys curling up with a good book. Jackie is a workaholic whose idea of a good time is a brisk five-mile run at the crack of dawn. The two sisters couldn’t be more opposite.

Now Hope is stuck in the middle of a warm, tight-knit family she can’t help but adore and a groom who turns out to be entirely wonderful…for her.

Hotel magnate Brent Albright knows something is off about his fiancée, but he doesn’t care. Gone is the driven woman with similar career goals, and in her place is someone warm and funny who not only charms his family but him as well. She’s doing everything she can to avoid him, but that’s probably just nerves. Two people about to wed couldn’t know each other less.

Now Brent is determined to woo his fiancée, for real this time, because the more he gets to know her, the more his sweet fiancée turns out to be entirely wonderful…for him.

And that’s when things start to get really complicated…

Elsa gave a short laugh, trying to downplay the situation. “Believe it or not, Margaret here thought you’d prioritize that wedding over this one.” She rolled her eyes like the idea was absurd, and Hope wanted to melt through the floor.

Jackie needed to show up and fix this.

“There she is.” A dark-haired guy in a black polo shirt and khakis ambled down the drive.

Hope nearly swallowed her tongue. Brent Albright was gorgeous as a teen, but as a man? She couldn’t breathe. In addition to the rugged-yet-refined-man thing he now had going, he walked with an easy stride that implied he was in command of his completely flawless body.

His smile, though…that’s what stole her breath away.

Hope’s breath hitched when she saw his unbelievably hot mouth dropping down toward hers. Wait. Was he going to kiss her?

“Brent!” she gasped, abruptly turning away. She could not kiss her sister’s fiancé.

No matter how exciting that had momentarily seemed.

He stumbled forward, his lips landing awkwardly on her cheek while his hands grasped her shoulders. Hope’s world turned upside down, and her heart thundered as the pressure of his kiss lingered, his scent washing over her. He smelled like sand and sea and pine…and she had to resist wrapping her arms around his neck and yanking him into the car. She broke into a sweat. This is not happening. I am not attracted to Jackie’s future husband! This was so incredibly twisted.

Not as twisted as Brent thinking she was Jackie, though. Shouldn’t he have some gut-level instinct about the woman he loved and was about to marry? “Sorry about the display.” His whisper tickled her ear, and tingles raced down her spine.

Not good. Not good at all.

He shot a glance over his shoulder, meant for only her, and Hope got his meaning. They were playing the loving couple for his grandmother’s benefit. But why was it an act anyway?

She had to tell them she wasn’t Jackie now. Now, before it was too late. Her sister must not have gotten in touch with Brent, but Hope could explain things.

“In truth, I’m…er, not…” She tried to speak, but she got caught up in Brent’s heady stare. He had very dark eyes, maybe the darkest she’d ever seen. And, ooh, how they sparkled in the sunshine. “What I mean is…”

Desperate to regain her footing, she wrenched herself free of Brent’s gaze and turned to Elsa, who sat beside her in the passenger seat.

Elsa was trying so hard to be warm and welcoming, despite that fact that Hope had nearly flattened her in the driveway like a blueberry pancake.

Hope was at a total loss over what to do.

She’d told Jackie that this was impossible.

That she would no way in a million years impersonate her.

It was unethical and wrong.

And yet, she’d been helplessly cornered and suddenly had nowhere to turn… New York Times and USA Today bestselling author Ginny Baird writes sweet contemporary romance with a dash of humor and a whole lot of heart. She’s published more than twenty-five novels and novellas, both with traditional presses and independently, and has several exciting projects in the works. When she’s not writing, Ginny enjoys cooking, walking, and spending time with her family.

Out today: Hate to Date you 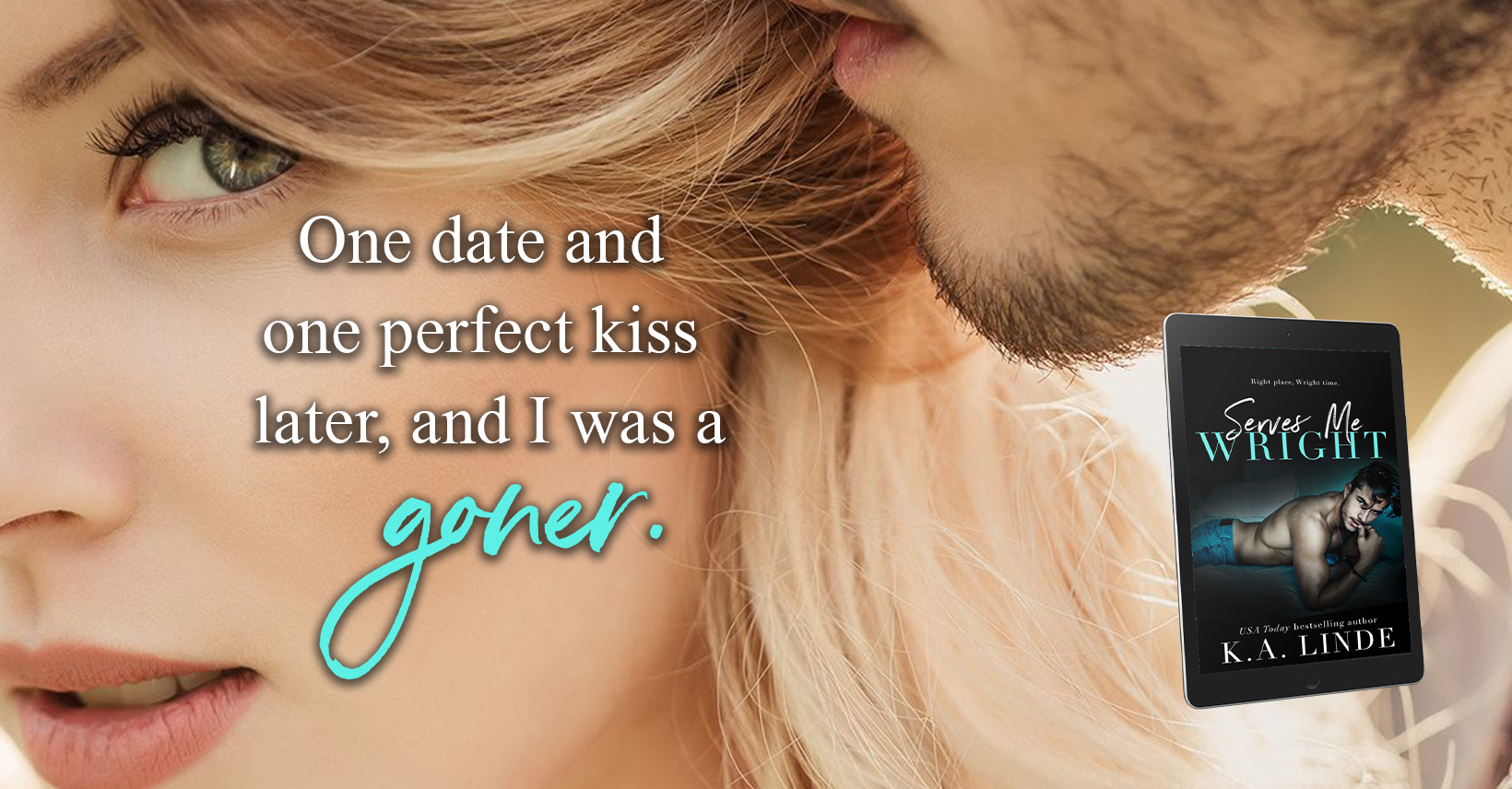 Serves Me Wright by KA Linde Out Today