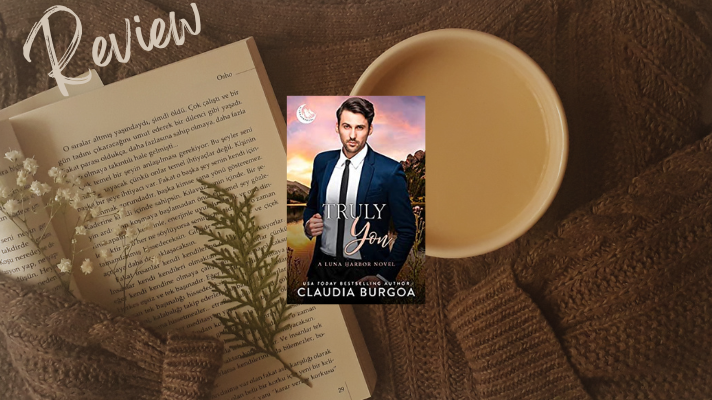 If you read the prequel novella to Luna Harbor, you know a bit of Iskander and Siobhan’s story. This book takes that and expands on it. Then we find ourselves three years into the future. Iskander and Siobhan had an instant attraction that they used to their advantage by never making a commitment to each other. But really who are you fooling if you are carrying on the same way three years later?

This book was a bit bumpy at first as Iskander seemed like a complete jerk and Siobhan was just kind of lost. They are both people that have been hurt by those closest to them in the past and are unwilling to be vulnerable. As different as their past are they are also similar as they both have a strong fear of being left alone so instead chose to be alone, that is until life happens and forces a new perceptive. The second half of the book is more emotional and feels a bit rushed at points. However taking into account the long time these two have known each other and been in each other’s lives it makes sense for them.

Siobhan’s adopted sister, Anya is a big part of the second half of the story, bringing the high emotions we expect from this series. As much as I love Luna Harbor and all the intricate pieces and eccentric people that create it, Iskander and Siobhan were not my favorite couple (that’s probably Fisher and Nathalie). However, I know we will see some of our favorites again and I look forward to the story/stories that will spin off of this one. 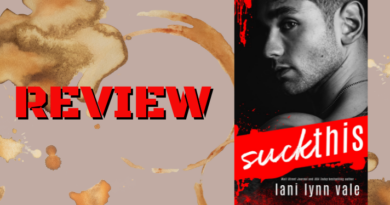 Suck This by Lani Lynn Vale 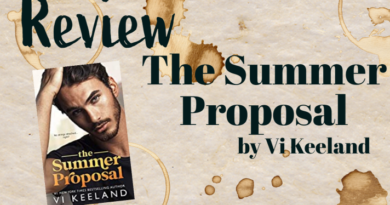