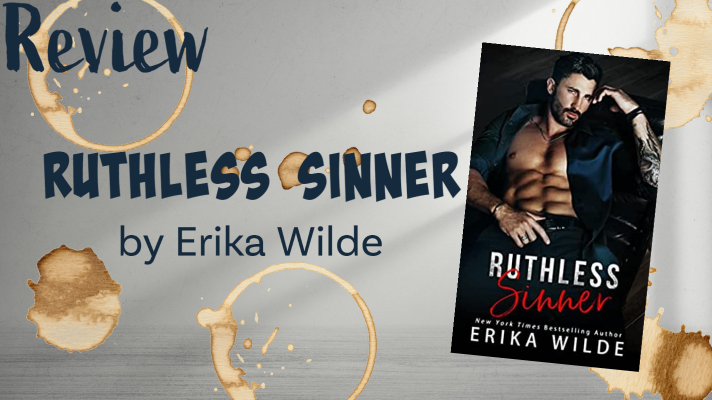 Ruthless Sinner is Book 2 in the Made for the Mafia Series by Erika Wilde.  I really enjoyed book one and was very excited for book 2.

This is the steamy story of Jewel aka Kennedy and Marco.  These two are fire on the page. They connection and chemistry between this is so good and well done.  But there is a down side.  Kennedy/Jewel is a undercover FBD agent send to turn Marco against his family and take down the family.

I often struggle with the deception trope.  I do not like the whole living two lives and hiding who you truly are.  But my one cavate to that is when it is an undercover law enforcement. This adds a layer of danger and angst.

Kennedy/Jewel is caught off guard. She was not expecting Marco to be such a complex man.  The more time she spends with him the more she realizes just what a great guy he is.  Jewel falls for Marco hard! She quickly questions where her loyalties lie.

Marco comes off as a careless playboy to the outside world.  But he is so much more, he just hides it from everyone.  As he opens himself up to Kennedy/Jewel and gives himself permission to let her see who he truly is she finally sees the real Marco.   He is so much more than a mafia solider for his family.

Marco’s protectiveness of Kennedy/Jewel is what I love about these types of romance. He will do whatever it takes to keep her safe. The power play in this book is on multiple levels both the Mafia struggle between the Italians and the Chinese but Marco and Kennedy’s power struggle.

I am really enjoying this series.  I am a huge fan of the author and can not wait for the next in series.  While I think this book can be read as a standalone you do miss some small nuances and previous character dynamics.  I think this is a series best read in order. 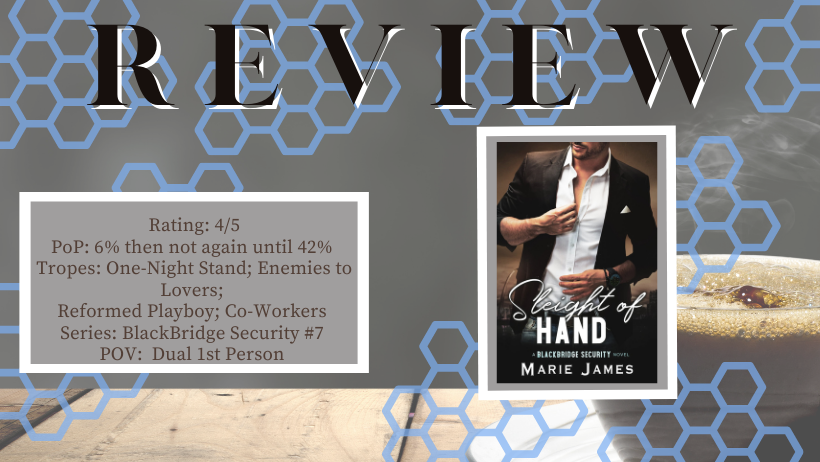 Sleight of Hand by Marie James 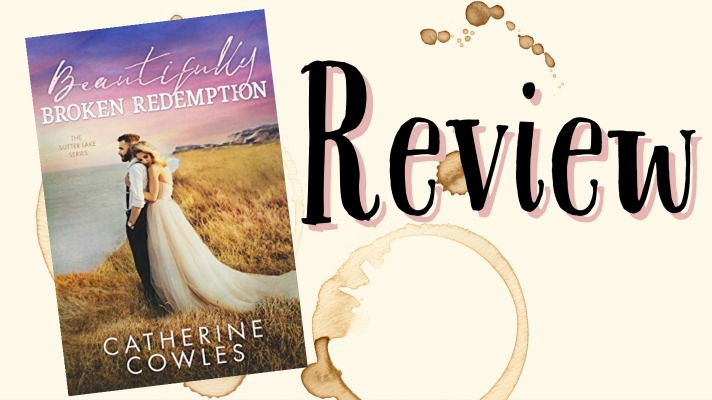 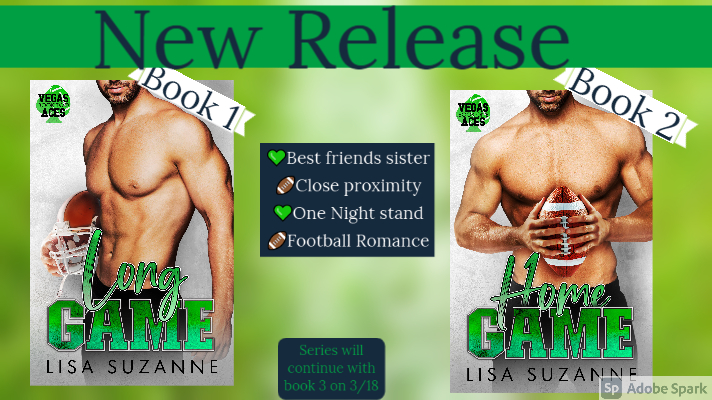